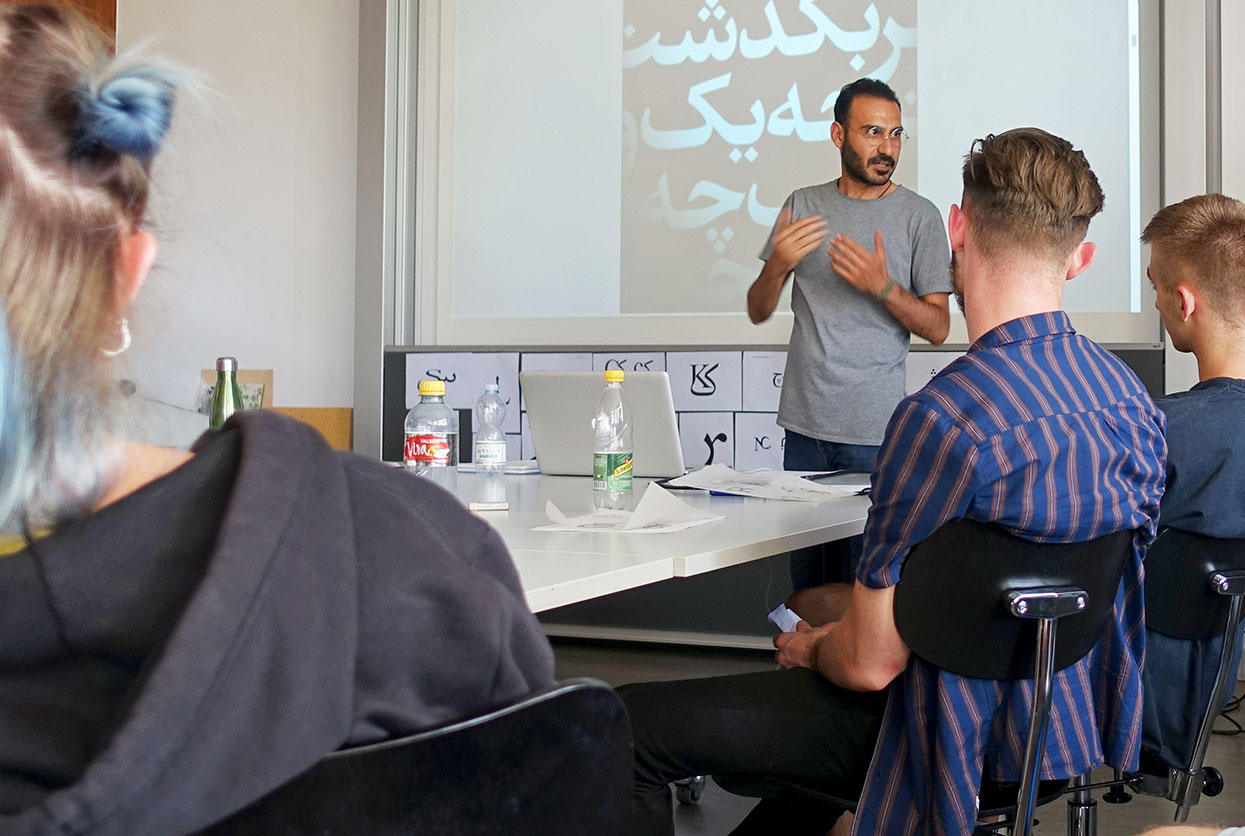 Farsi alphabet looks strange, incomprehensible, and at the same time interesting to western spectators. They will be facing many questions; about the history of Persian culture, Farsi language, and Farsi alphabets. As a foreigner one steps into a land with a new probably unknown culture. How do you write? What do you eat? How do you eat? What does your outfit look like? How do you speak? To name only a few.

Alphabets will be distributed to the participants. The first character of each person’s name in Nazanin and Times New Roman will be picked.
Similarities are to be found. These similarities – alphabet’s similarities – bring cultures and people closer. 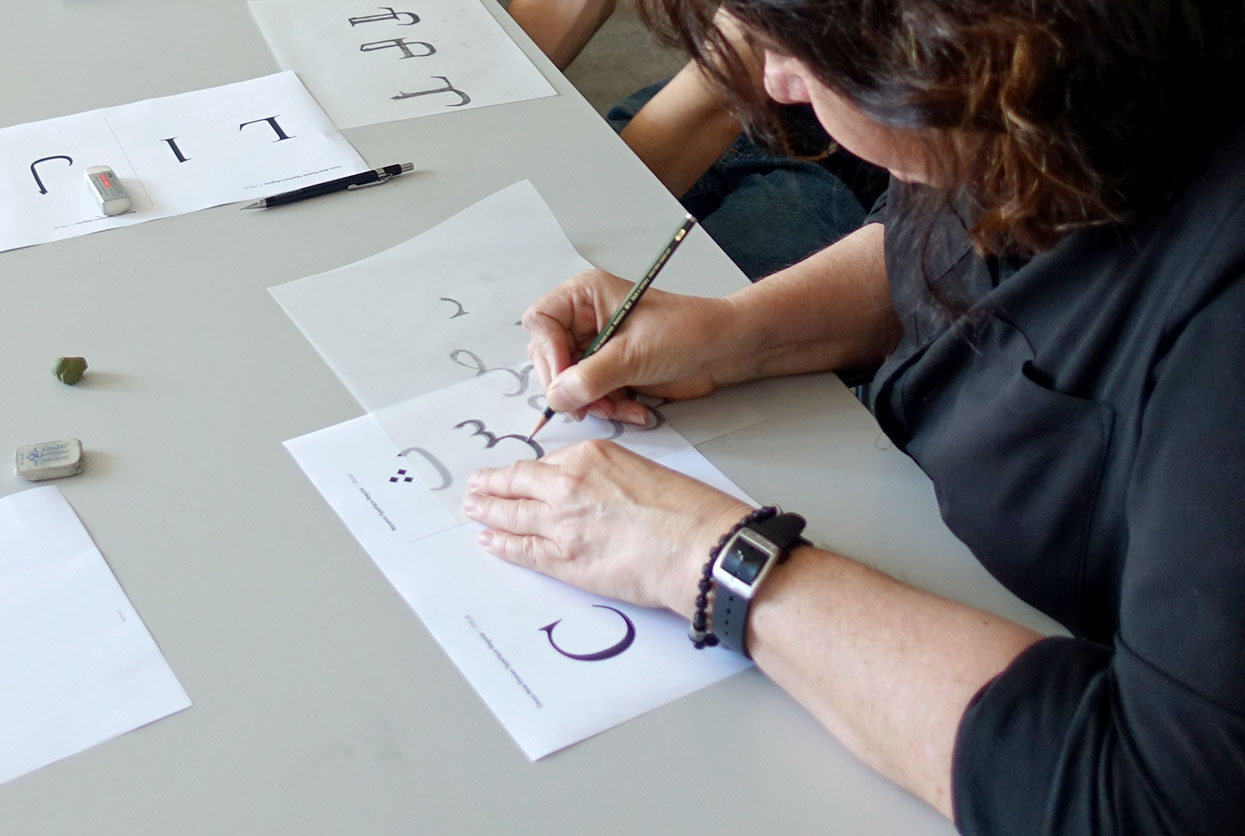 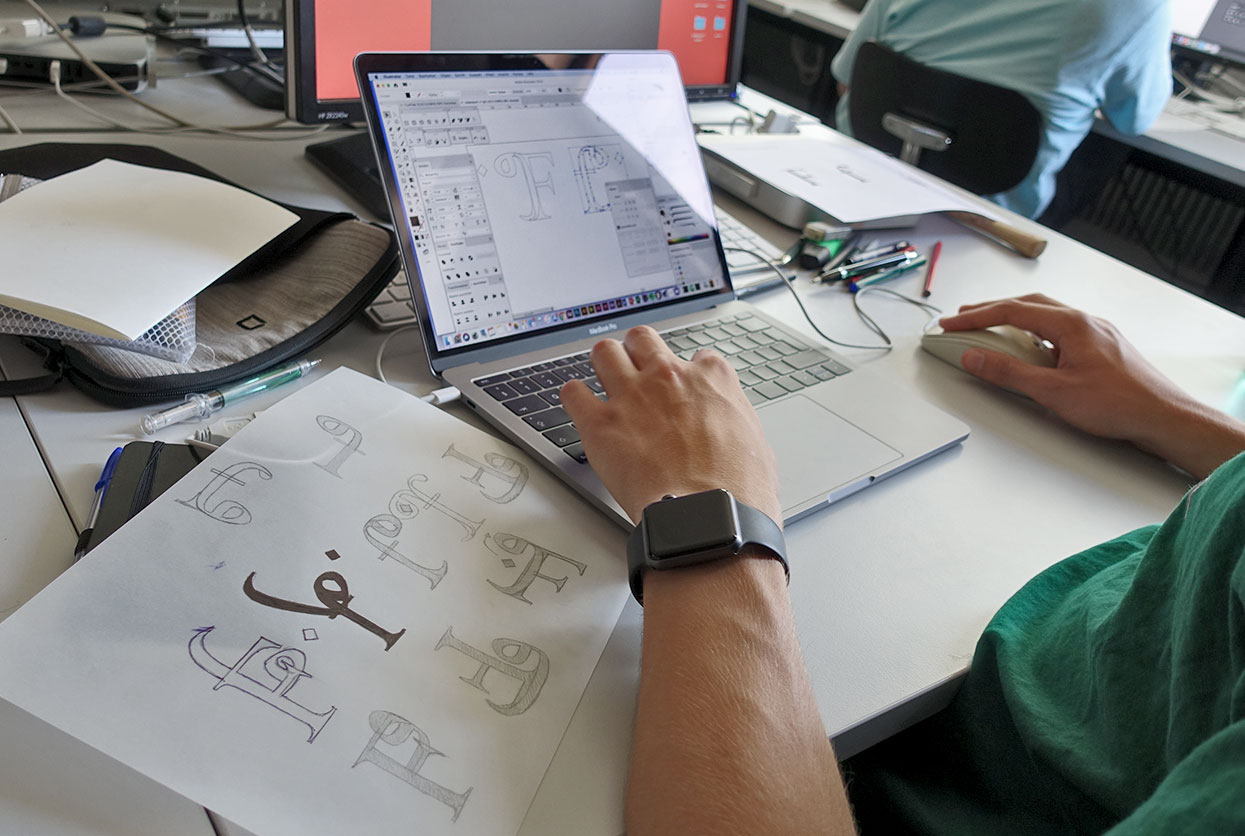 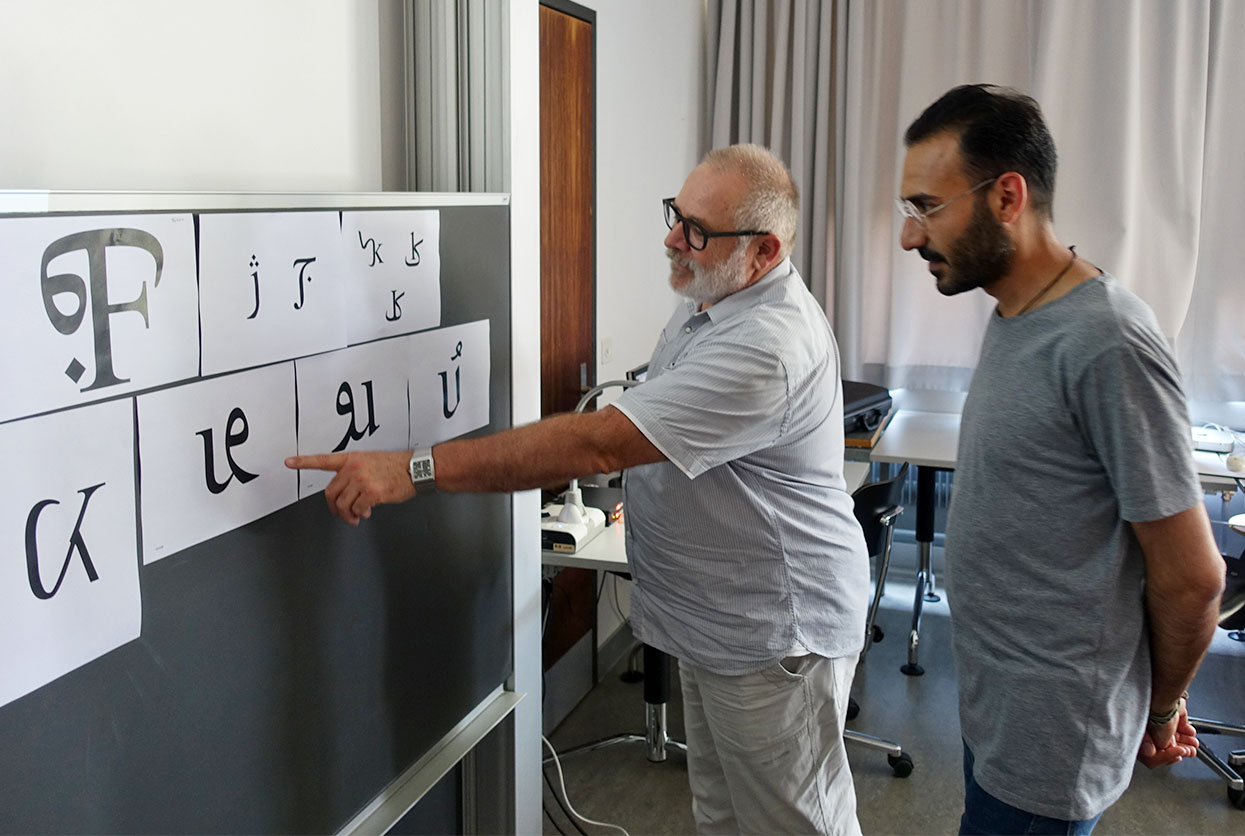 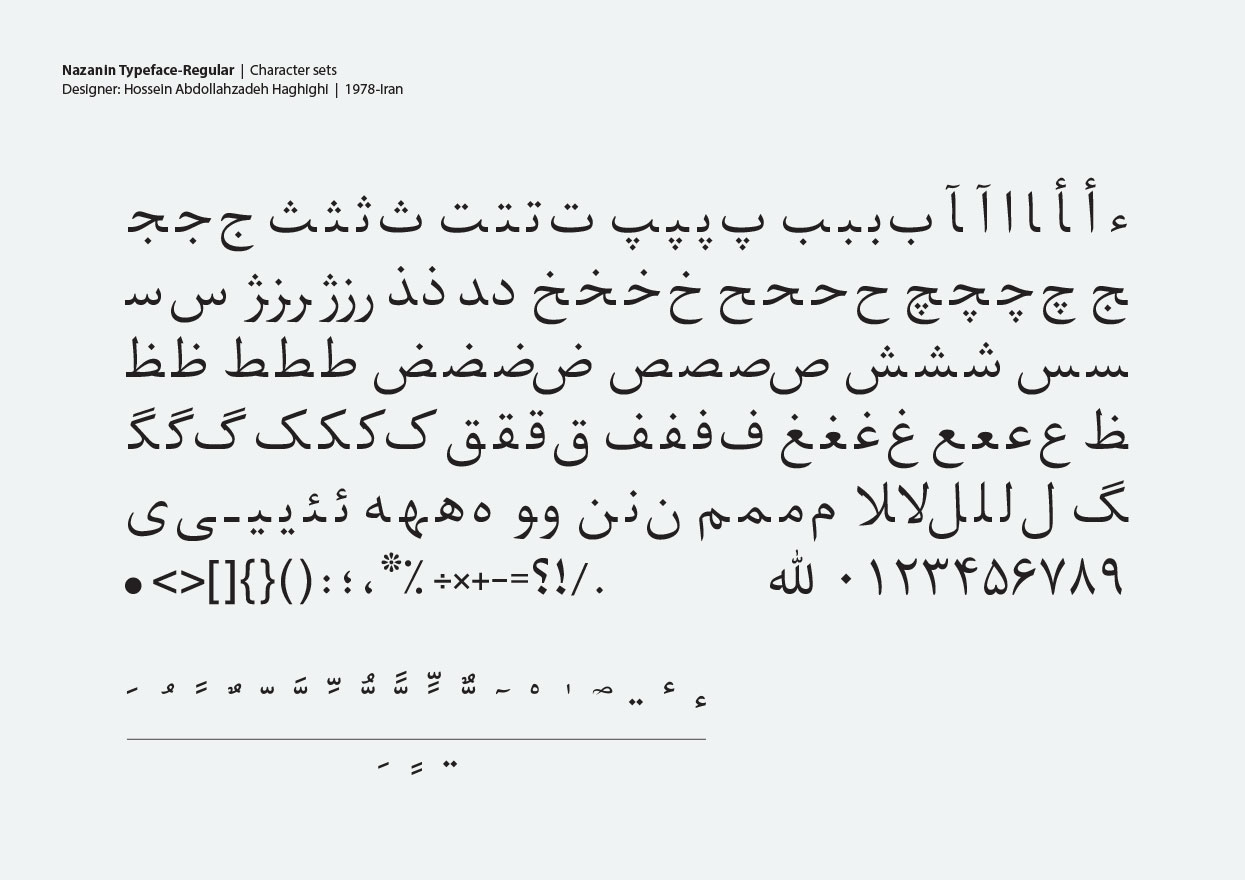 Problems arise if we are seeking differences. Then no connection will be made. The monogram won’t be constructed.

An immigrant is influenced by the new land and its culture. The immigrant gets accustomed to new culture while some of his own cultural habits will be less pronounced. To work on the monogram is not different. The monogram must be readable for both sides: the Farsi speaking audience and the western audience.

The attendees get together to combine cultures and alphabets and make a mutual language which is based on the similar and joining elements. They add and eliminate; sometimes easily and sometimes with more difficulties. Yet, it is doable.

The Farsi alphabet is not strange anymore. Nazanin and Times New Roman are mixed and connections are established. The stranger is not an outsider anymore. He is an insider.

The outcome is unfamiliar but understandable and pleasant. The monogram is constructed.

To the author: Hoseyn A. Zadeh is a graphic designer. He was born in Iran and lives in Switzerland.
http://www.h-zadeh.com/blog